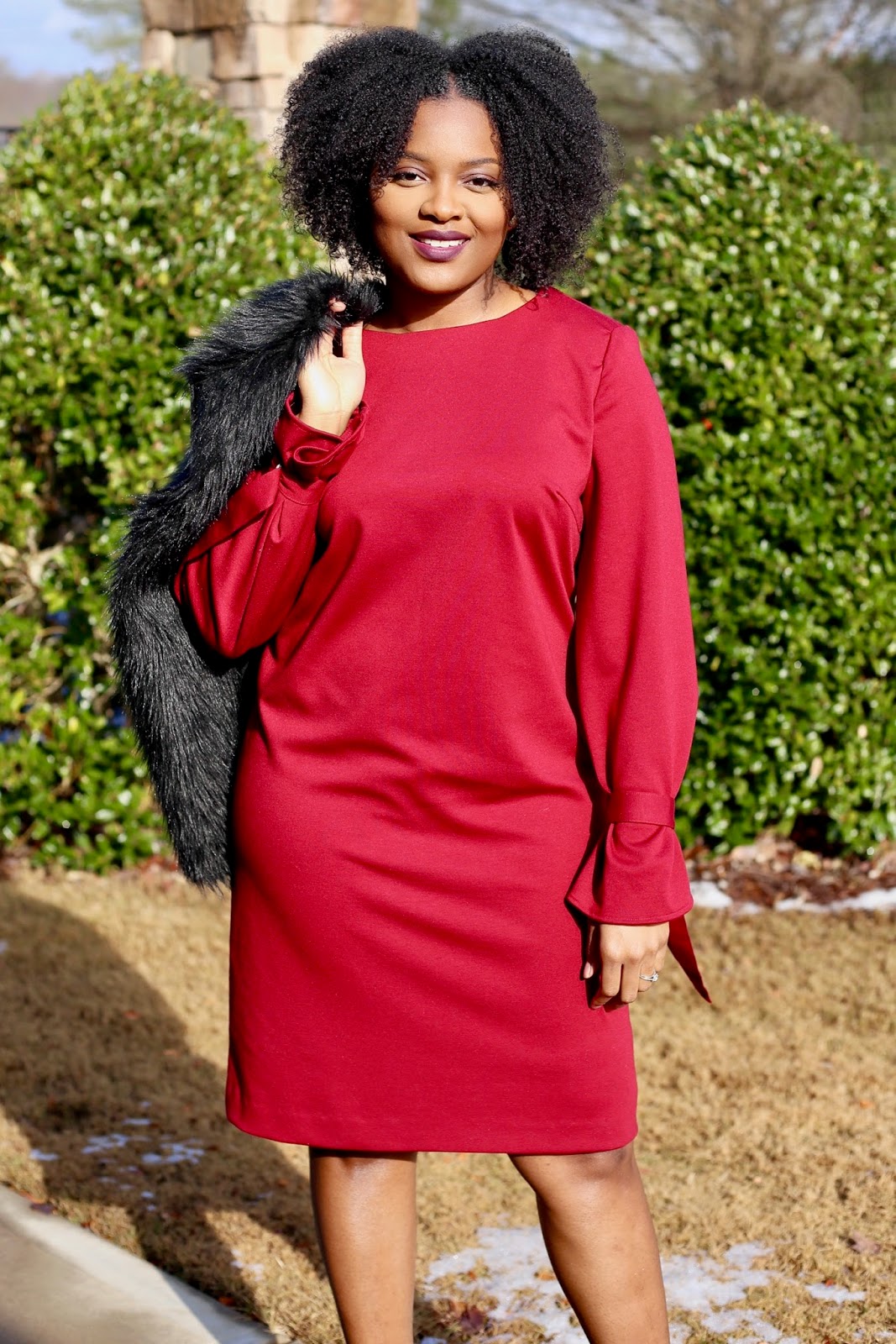 Before I mention anything about this dress, can we talk about the fact that it snowed in South Carolina? This is kind of a big deal because we go through this hype every year where the meteorologist predicts snow, but we never get it. So when my colleagues were chatting at the coffee machine about snow, I didn’t believe them. It was one of those, “I’ll believe it when I see it” deals. Well, wouldn’t you know it….it snowed.
Now, for you northerners, when I say that it snowed, I mean like 1-3 inches. Definitely not enough to build a snow man, but enough to cancel school. ? Nonetheless, I thought that the snow (albeit melted) was the perfect background for this new make! 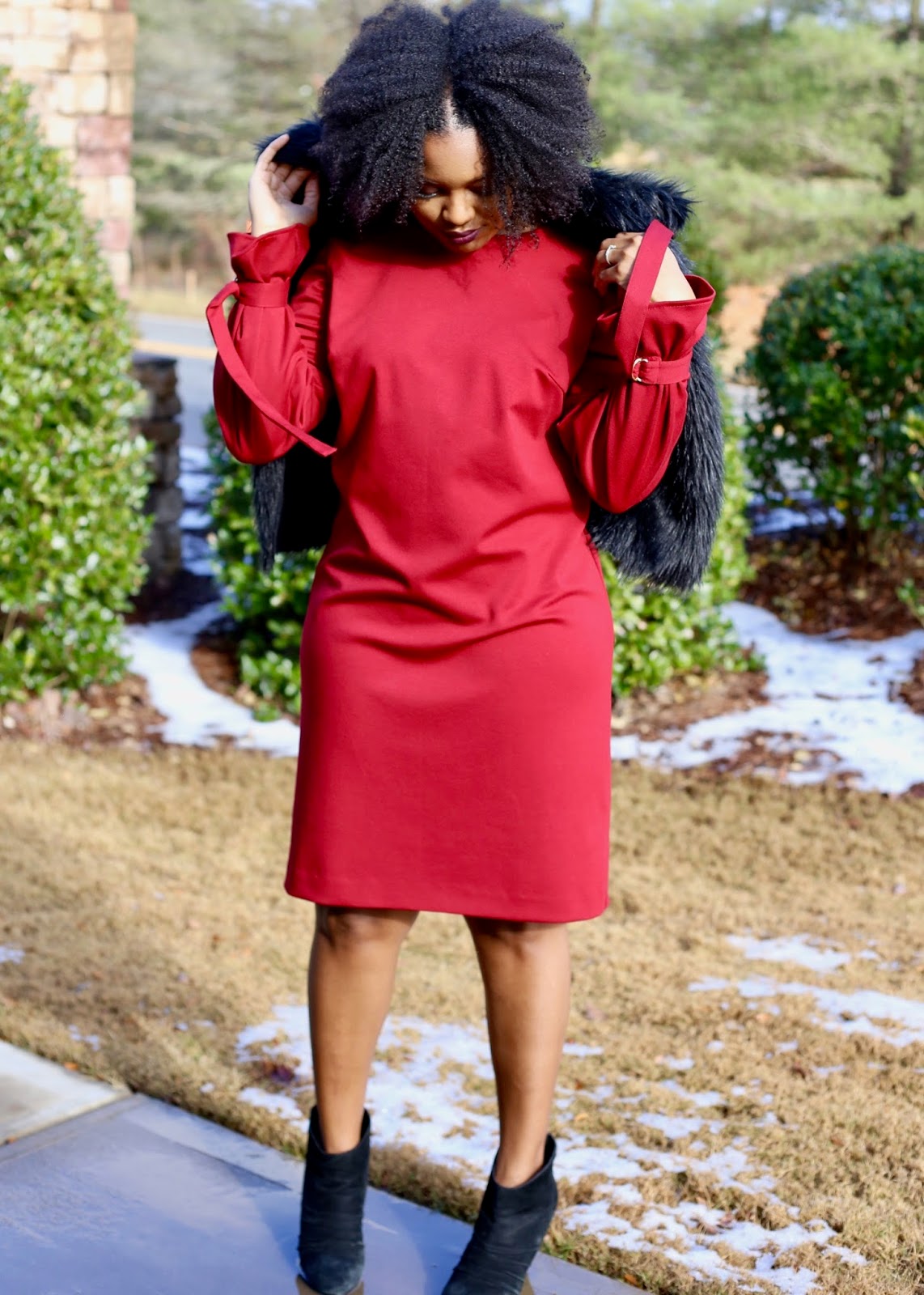 This is the New Look 6524 pattern, which is just a simple shift dress with sleeve variations. I’ve been eyeing this pattern for some time, so when I went to pick up some fabric I decided to grab it. Typically, I’m not a fan of shift dresses on me; however, I thought that I’d give it a try. Even after making it, I’m still not a fan, but I figured out how to pull it off for my body type…hence the vest.
I decided to go with view D, which is the long sleeve D-ring variation. After finishing the sleeve and D-ring “belt”, I thought that it could have been a little shorter, as it hangs pretty far down. Although, this could just be me pulling it super snug and/or wearing it low. The first thing that I thought of, though, was “safety hazard.” 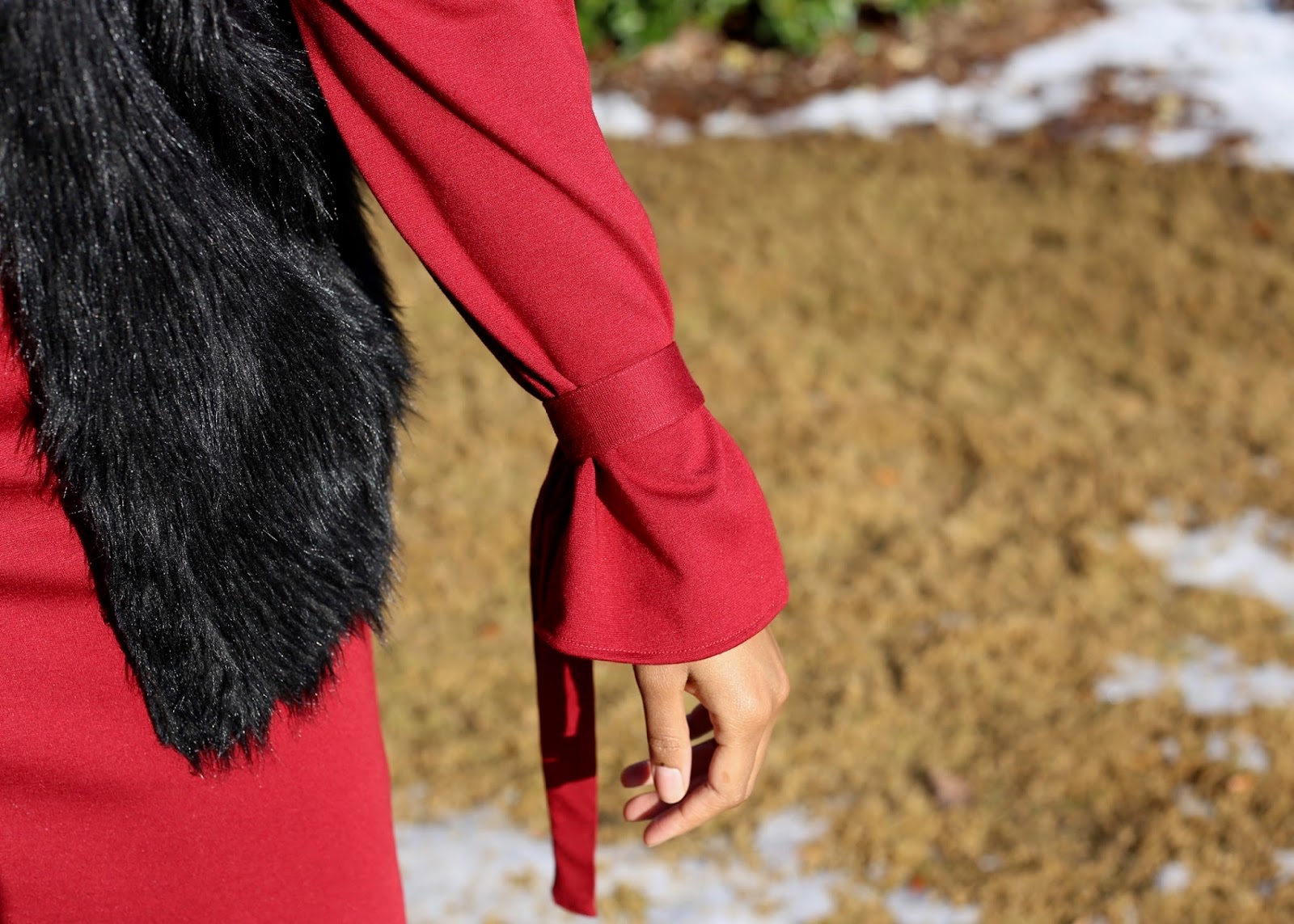 This dress only took a few hours to make. It is very simple and I think that it’s beginner friendly. It does require an invisible zipper, so keep that in mind.
I made one addition to the dress that’s not pictured, and that is making a belt from the left over fabric. You all know that I love to cinch at the waist, so I just made a belt to do so if I decided to not wear it with the vest. The vest is a DIY make from last year that you can check out here. 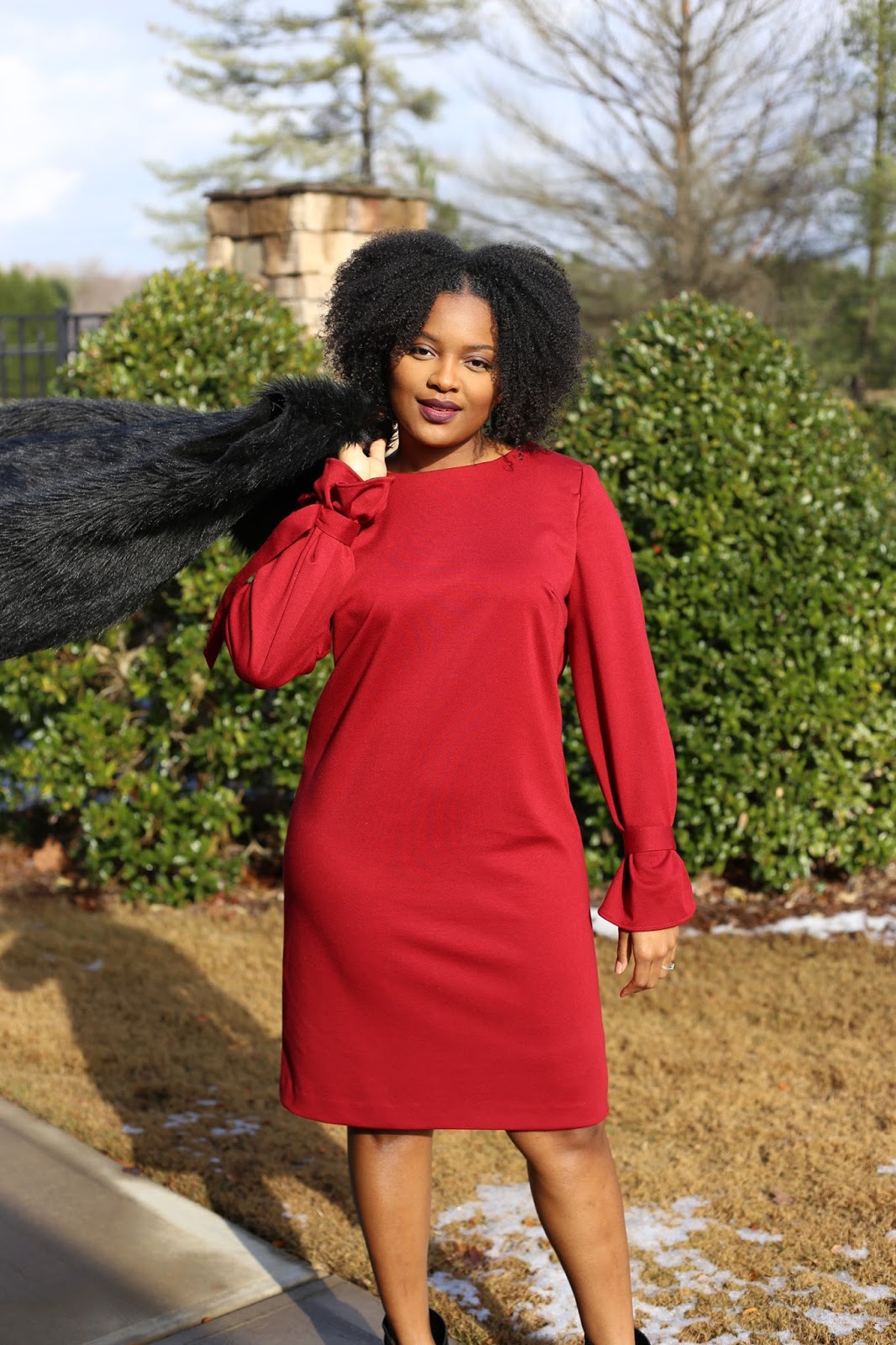 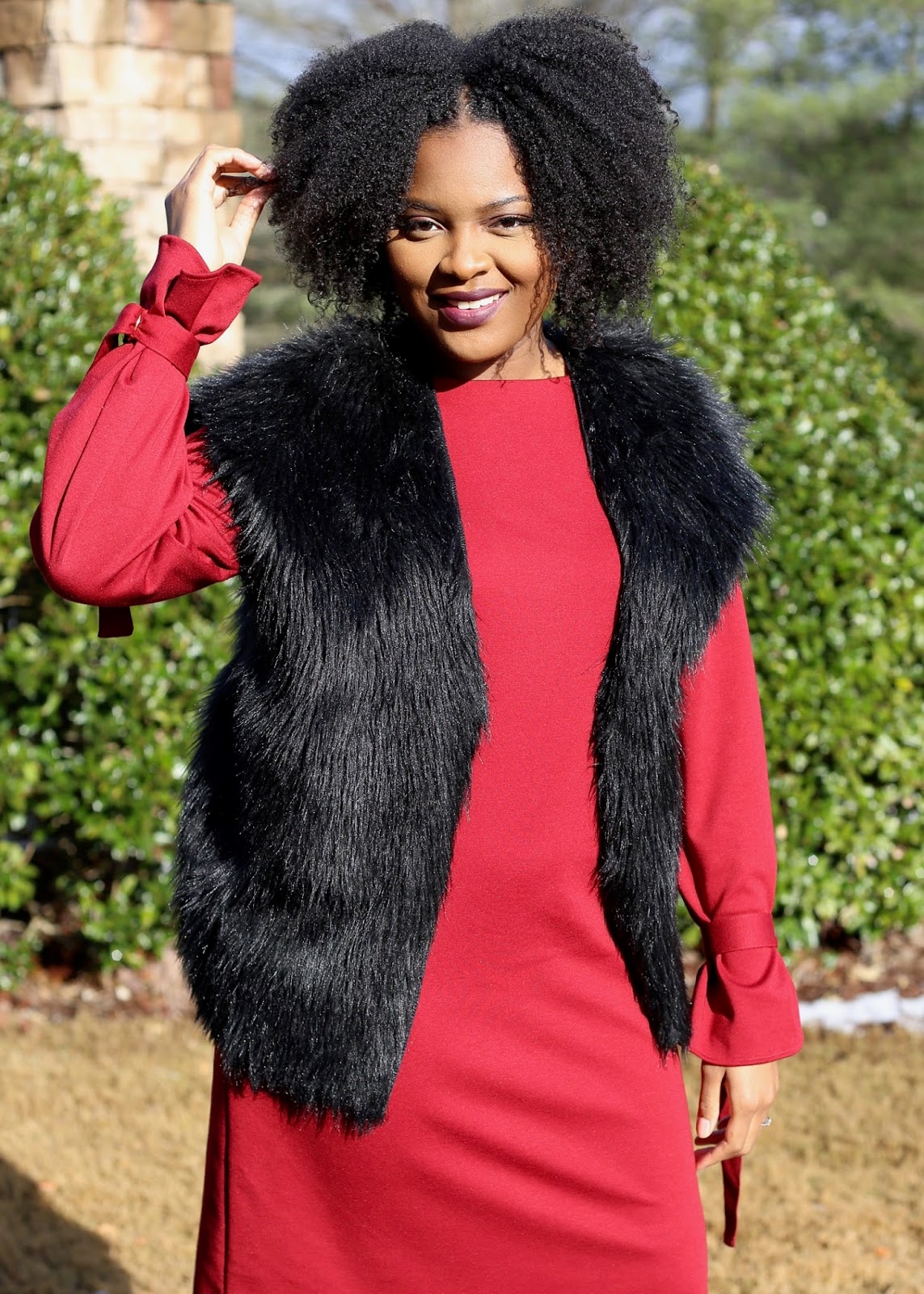 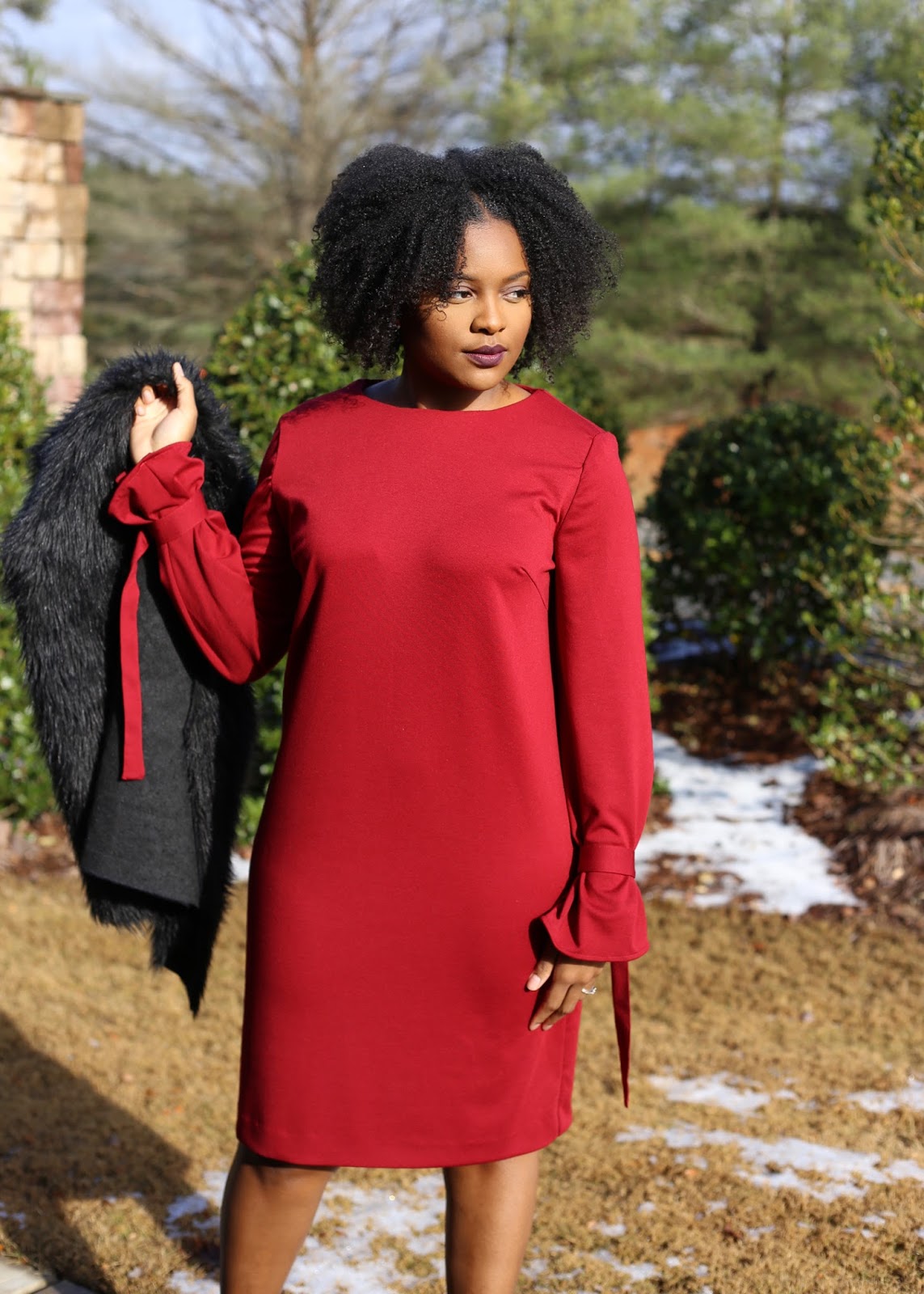 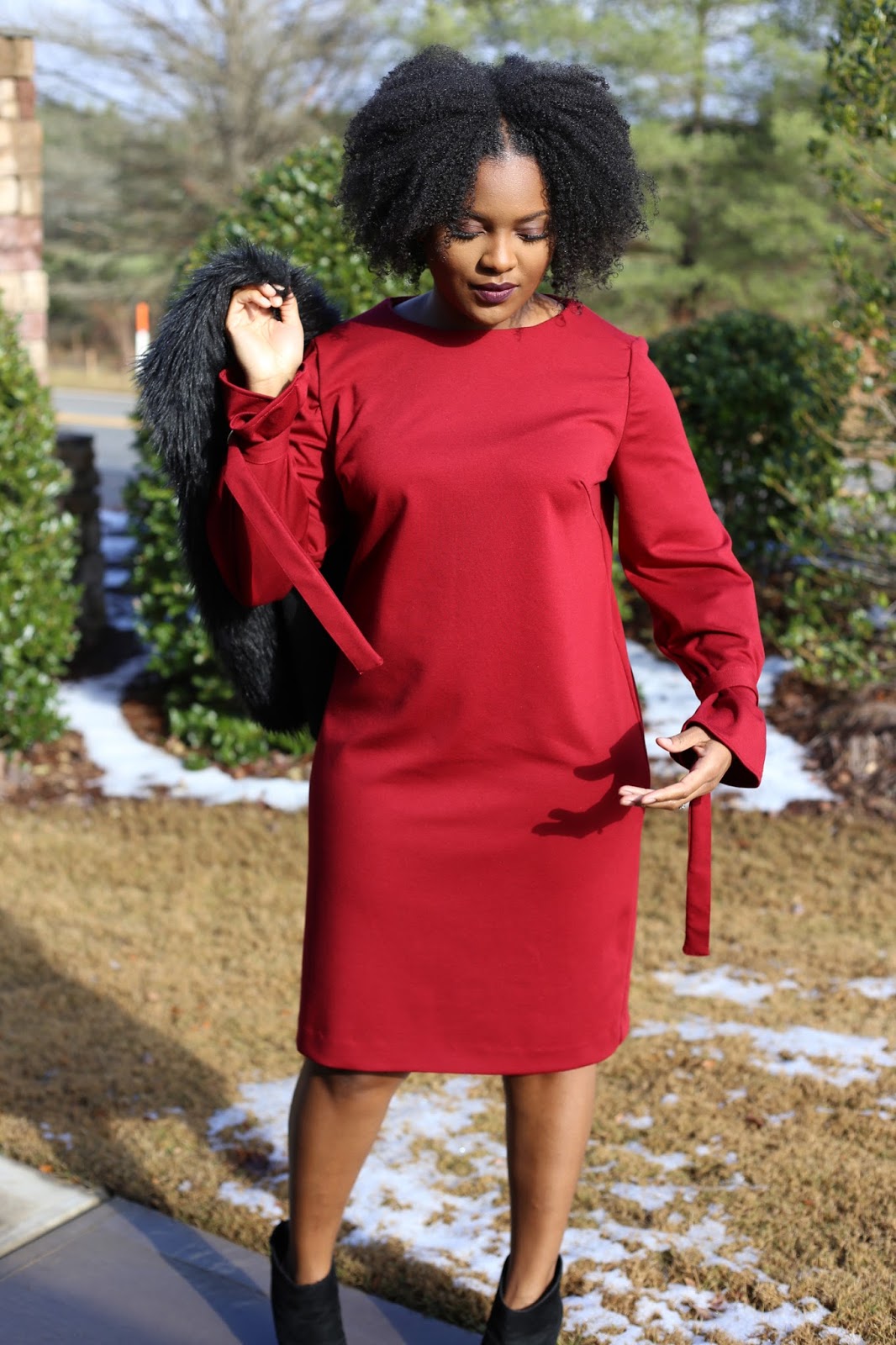