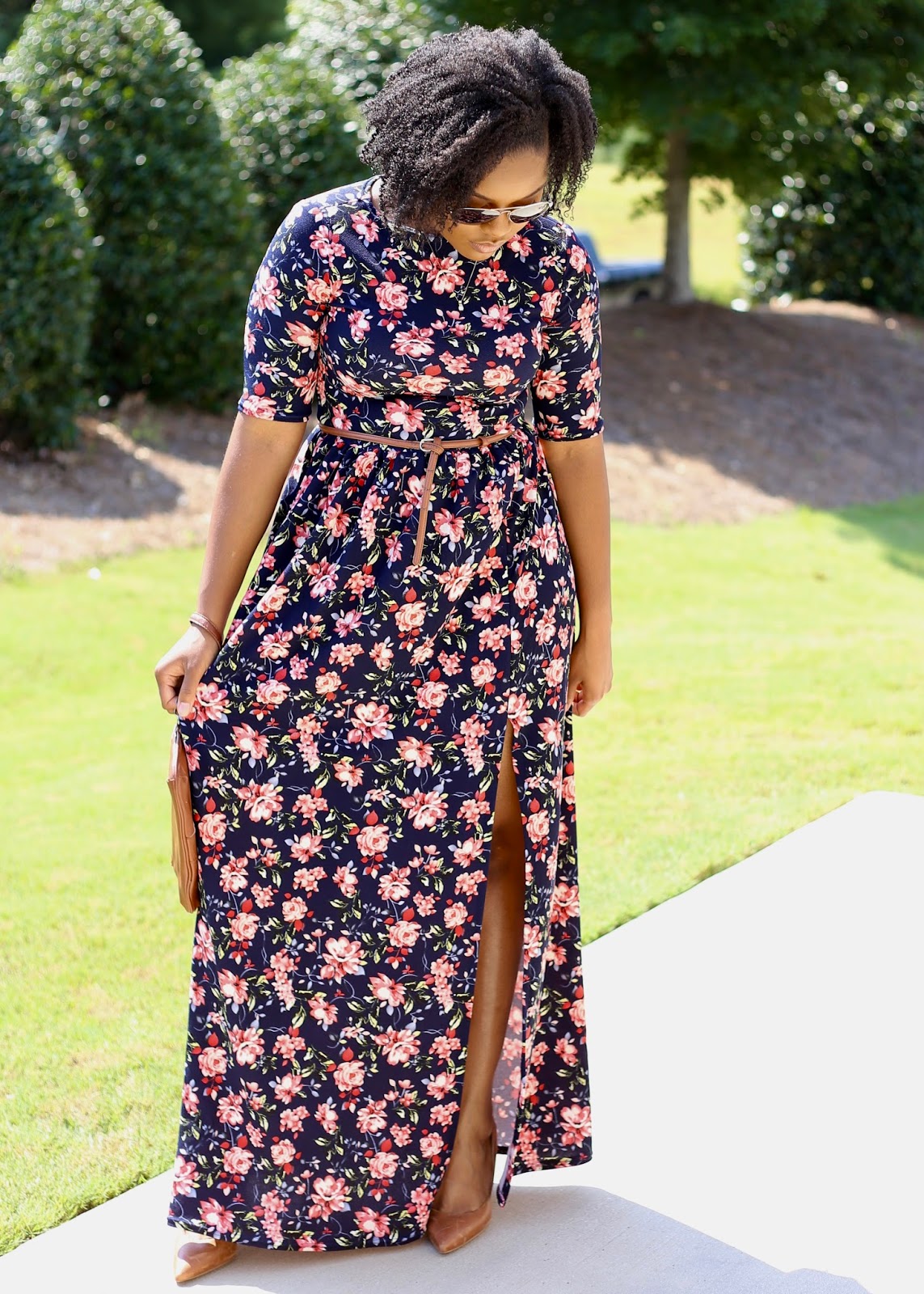 Let me just say, it’s been a week. I had all intentions of making a video review for the McCall M7574 to accompany my review on Roberts Wife’s blog, but I have been out for the count. My allergies came to steal, kill, and destroy everything that I had intended on working on– including actually going to work. So, although I had the intentions of filming and getting that video up last week, I honestly could not sit in front of a camera with a tissue stuck up my nose. ? As soon as I’m back to 100%, I will get that video up and going. Sound like a plan? Ok.

Although I wasn’t up to making a video, it didn’t stop me from sewing. I created this beauty on a whim after one of my sewing projects fell through. Shameless plug: If you don’t follow me on Instagram, you miss all the tea. So here’s the deal. I purchased some fabric via Amazon in March. I wasn’t really feeling it, so I literally held it until last week to use it to sew McCall M7429. Well, I pre-washed and dried it, only to unfold it and find two very precise and intentional holes in the fabric. 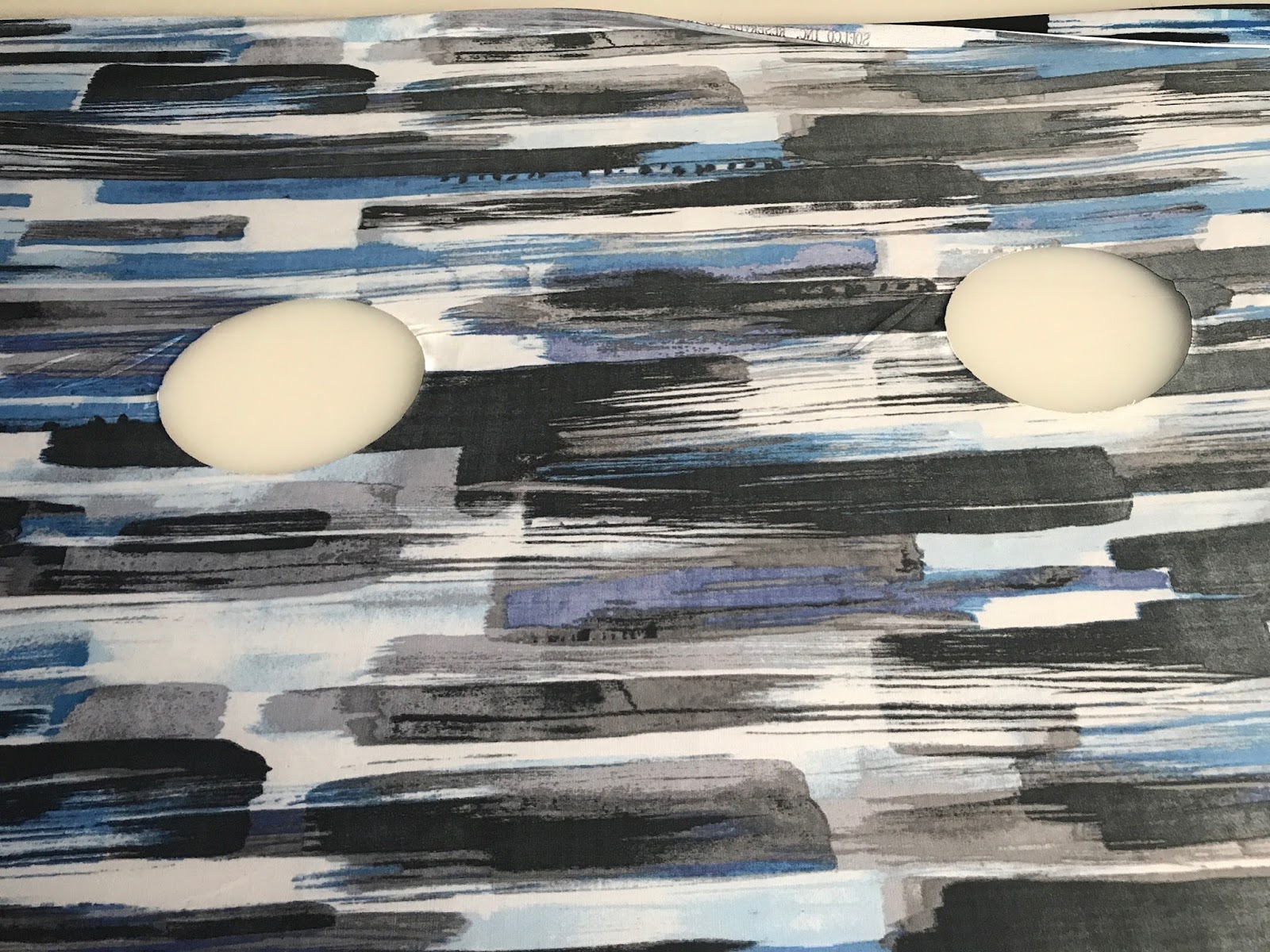 At that point, I was past the 30-day return period, but this is an obvious quality issue that went unnoticed. So, I called the company and they ultimately agreed to take the fabric back and issue me a refund, despite the policy. Now that’s favor! They had UPS pick it up and now I’m just waiting for my money, honey. Deep down, I think they’ll just cut around it and sell it as scraps ?, but whatever. It’s off my hands and I’m getting my coins back.

Needless to say, this little mishap messed up my project flow a bit. But, lying around in my sewing room corner was some gorgeous liverpool fabric from LA Finch Fabrics. It was destined to be a Butterick 6462 View B dress; however, after seeing how the liverpool worked on the M7574, I decided that it wouldn’t be the best option. So, I neatly (and I use that loosely) tucked it away in the corner until I decided what to do with it. After a few days, I realized that it would be perfect for this Pinterest dress that I’ve been wanting to make for a while. 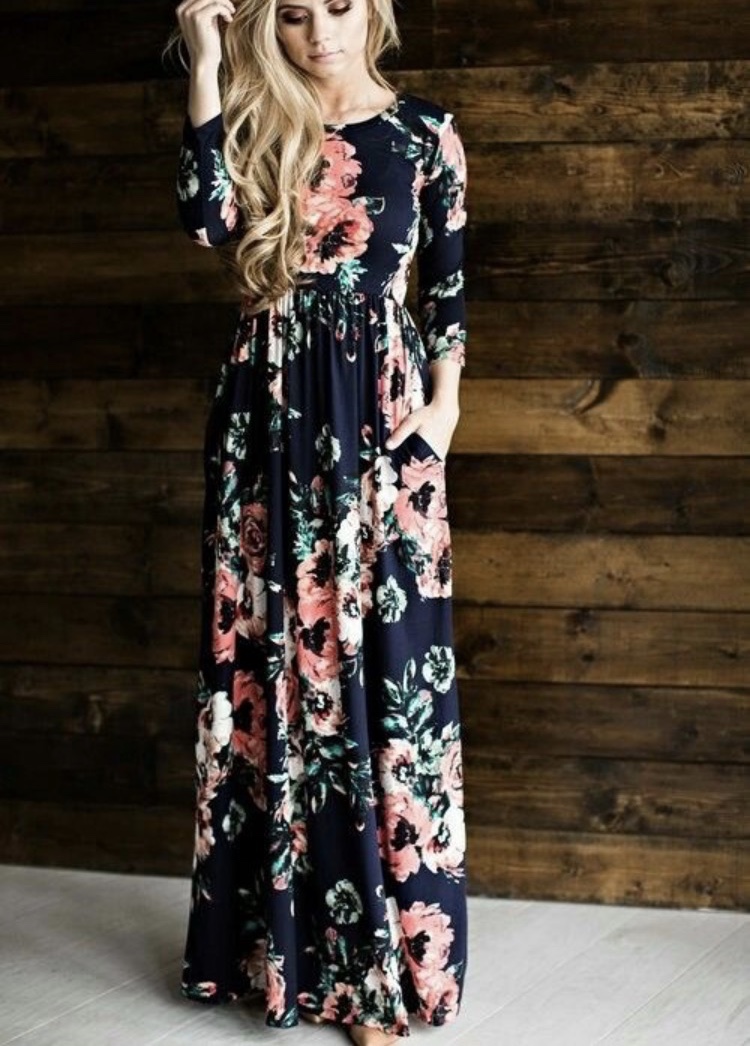 Isn’t it just darling? The liverpool was the perfect candidate to recreate this look, with my own style, of course. 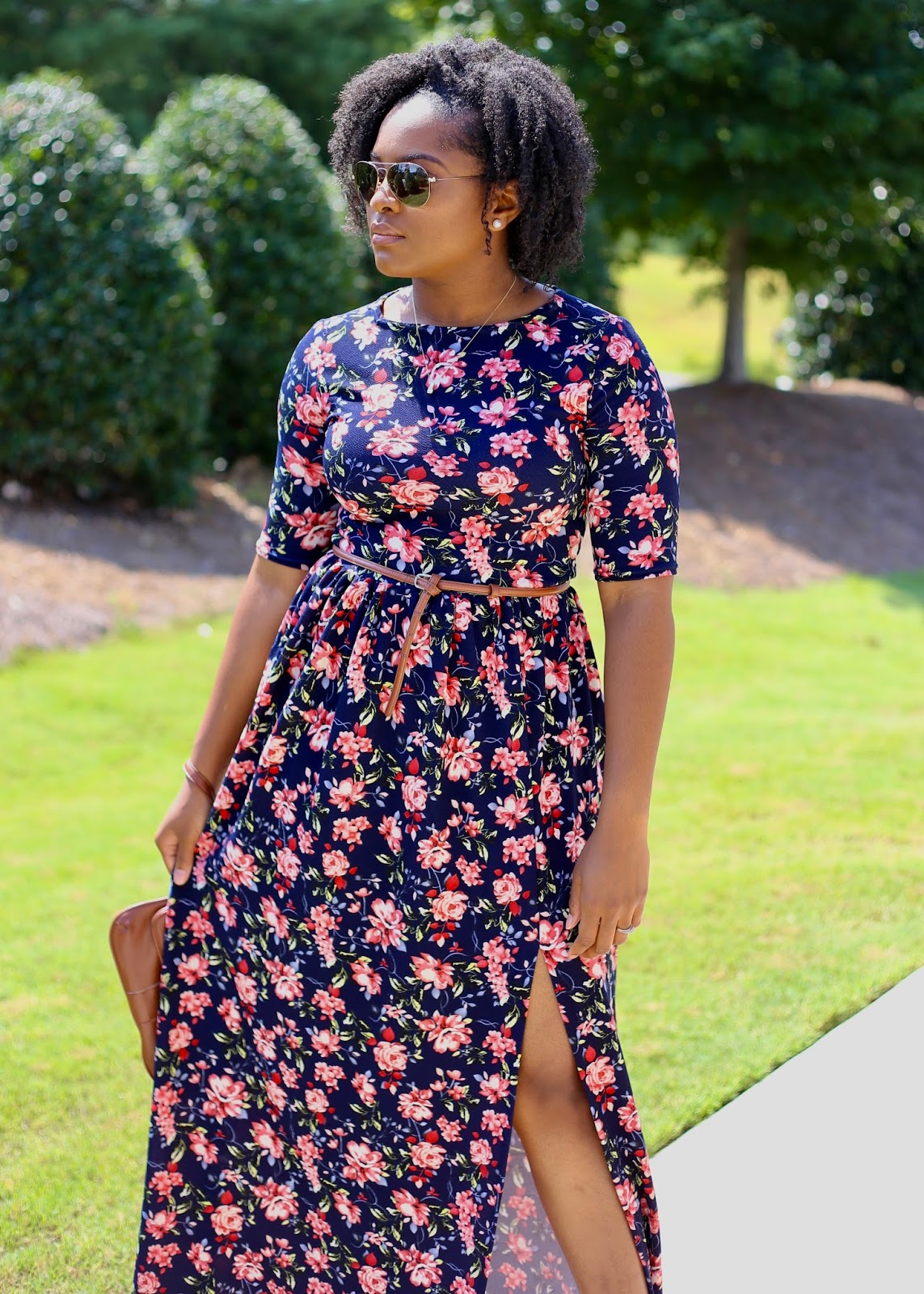 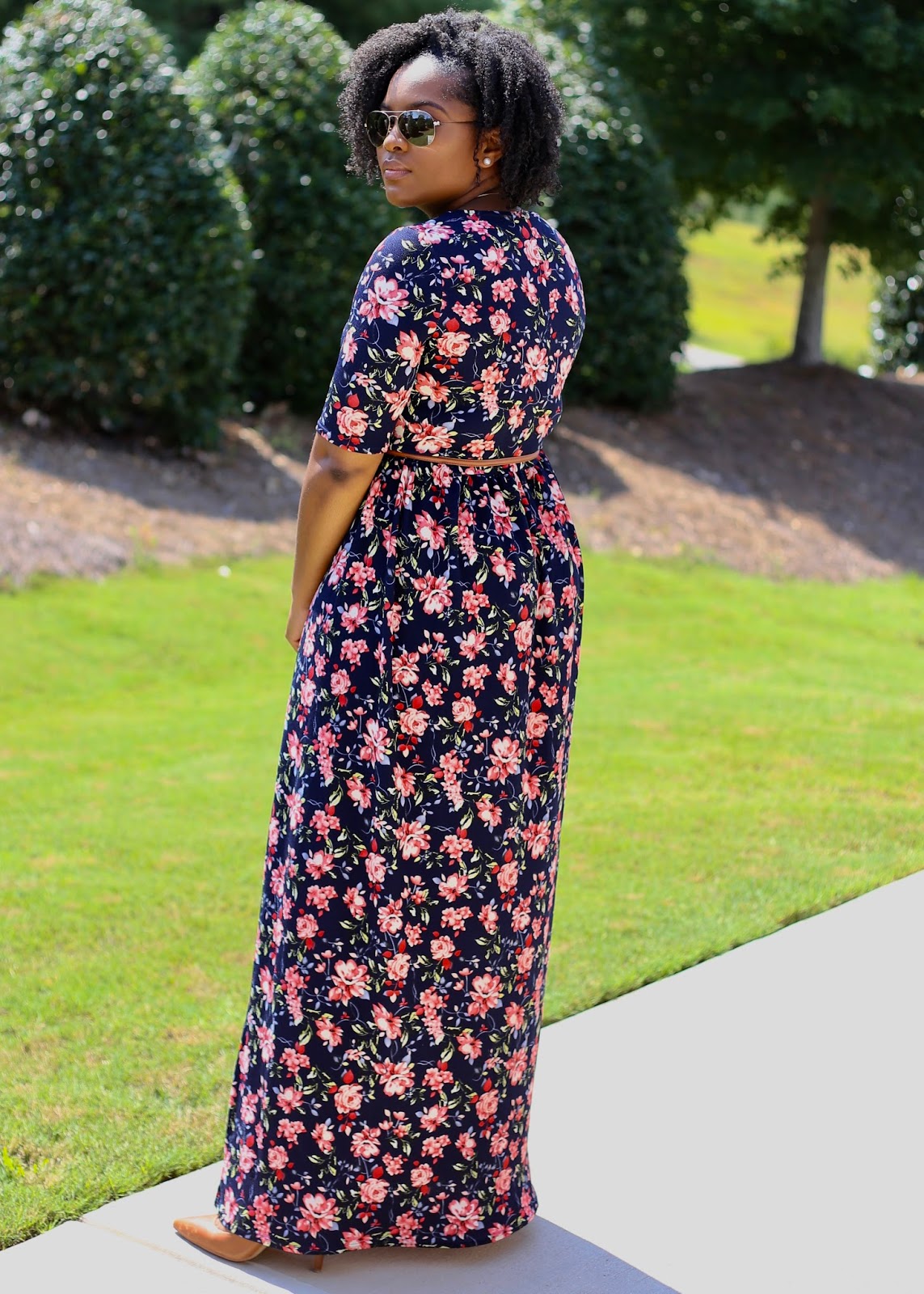 I decided to use my pattern pieces that I drafted from my McCall M7531 dress for the top and use some of the remaining fabric to create the gathered skirt bottom. I extended the sleeve to go to my elbow and I added a split to the left side. Unfortunately, I left off the pockets and I feel so lost without them. ?

I literally did not take any measurements for the skirt. I took the fabric, held it up to where the top would end (around my waist) and tucked the bottom under my toe. Wherever it landed under my toe was how long the dress would be. I used a pin to mark it and I cut it. The width was just the width of the fabric as is. It would be gathered anyway, so it really didn’t matter too much. That was my very precise system of measurement. It was literally just that simple. 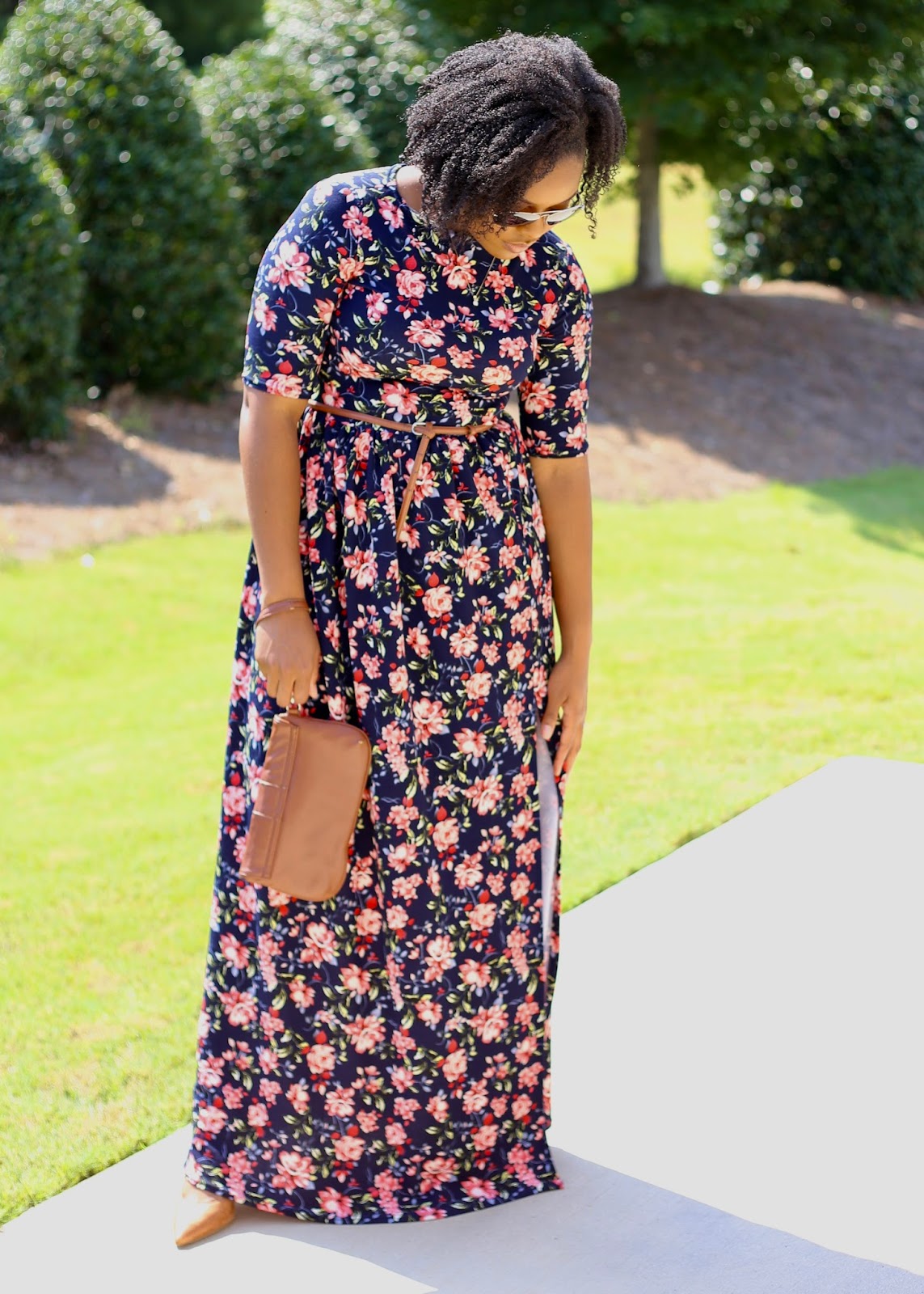 Details, details, details… Around the neck, sleeve, and bottom hem, I used my twin needle. I’m not sure if I’m too sold on it, but it’s done now. If you don’t use interfacing (which I didn’t) when using a twin needle, you get puckering between the seams. I knew this, but was just too lazy. If I had used the interfacing, I probably wouldn’t have a problem with using the twin needle for the look. Next time, however, I’ll probably do a blind hem, which is what I did for the split. I will also overlap my split area a bit, just so it isn’t visible at first glance. I just like the element of surprise a bit more.

As for styling… You all know that I’m a sucker for a waist belt. So, I added my thin, tan belt around the waist to match my shoes and clutch. 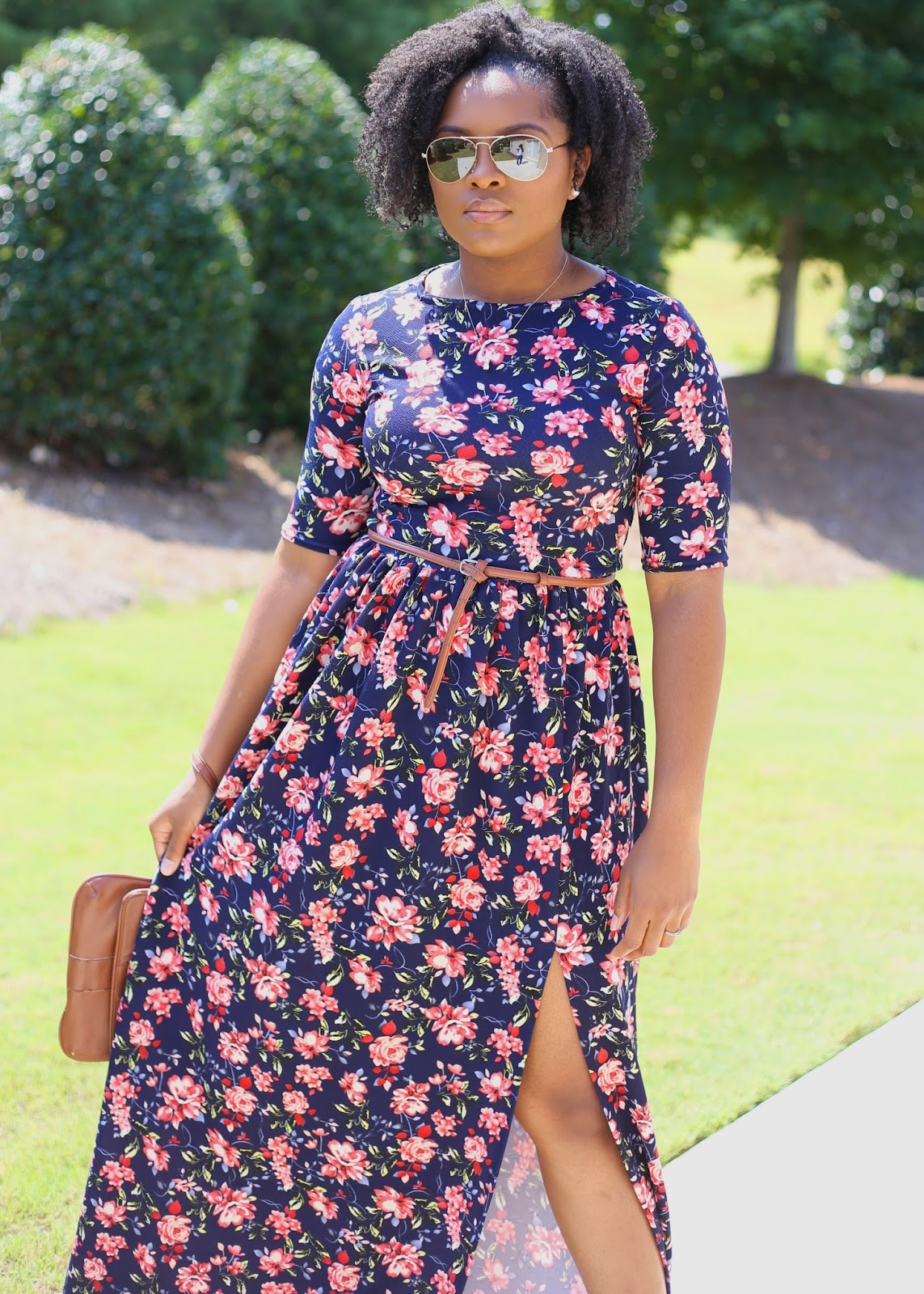 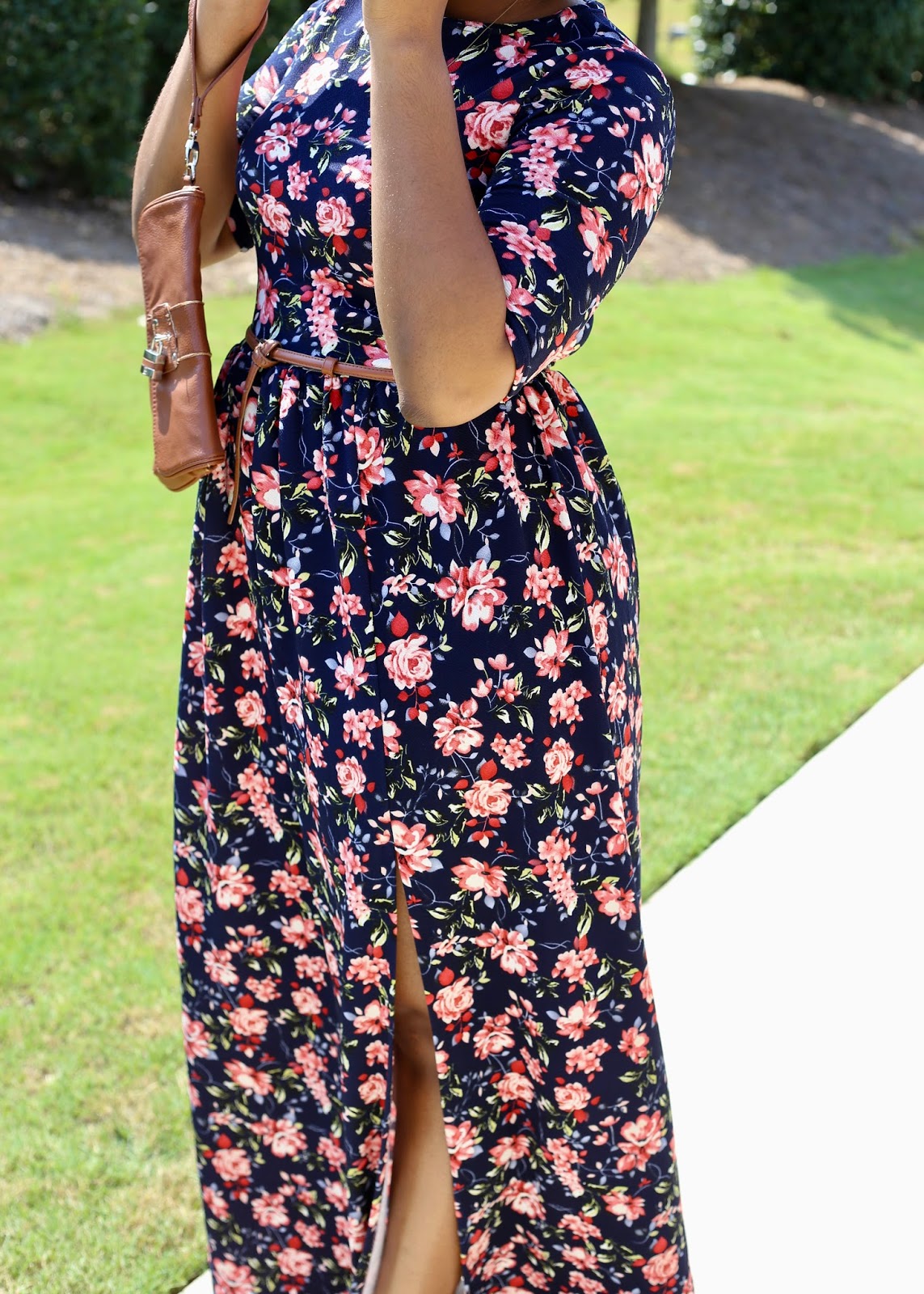 This dress is extremely comfortable, and of course, I’ve already worn it out. I will definitely be making another one. Though this fabric was listed as summer fabric, I will be wearing this dress during the fall– with layering, of course.

If you enjoyed it, leave a comment below. If you’d like to see a tutorial, let me know as well. In the meantime, check out my Pinterest board and let me know which outfit I should make next.